I think we all know that some of the hardest work in this world is to condense something down to its essential elements without losing its essence. The overwhelming temptation is to pile on capabilities, which are wonderful, though they add complexity, which is usually not.

There’s a beauty in simplicity that’s also powerful. It cuts through the confusion and lifts us out of a sea of choice that is drowning us. And nowhere in marketing is this kind of work more needed than in video.

When was the last time you heard someone say “You know what? I only have a day to get this promotion ready. Maybe I should make a video!”

Well, now they can.

From a marketing perspective, it’s been stripped of everything that doesn’t move the story forward, catch the attention of a viewer, or give them a generous slice of the the real you, which is the most valuable part of your business.

And now, having given it a shakedown in the real world, the system is stronger; battle-tested, easier to deploy, and with an expanded range of video structures.

All this simplicity has a purpose. It’s about helping you take someone on a value journey, as in the video below. If you like the ideas behind what the system offers, details are available at the end.

7 replies to "On Taking the Value Journey" 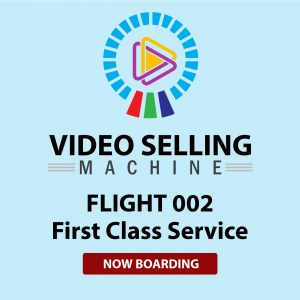