I wanted to follow up from Wednesday’s video about the value of finding your rhythm of production. This message will make way more sense if you watch the video first.

Practically speaking, anyone serious about making videos needs a system that will allow them to make them by themselves, incorporate that into selling through service… and this is really key…not consume their whole life in the process.

That’s what I’ve built. It’s what I share with the world, coach small groups on and work one-on-one with a few people who want to create a system similar to mine.

And what is this system? Well, it’s not one that’s likely to get me invited to any marketing conferences. I really just make videos and people watch them and subscribe to the blog, and some of us end up working together. Pretty low-key, but it works because of how all the elements blend together.

Still, that does make the videos pretty important. Without those, nothing happens. In my world finding the time to do them would seem to be key. If you like the idea of making videos that entertain, instruct, enlighten and build your business, then sooner or later you’ll start asking yourself how that would happen.

The biggest obstacle I’ve found to making something like this work seems to be the bug-a-boo of not enough time. But the truth is we all make time to do the things we want to do. Maybe not as much as we would like, but enough to keep us motivated to do it again as soon as we can.

So that’s the first step. Desire. You have to want it more than you want to sit on the sofa and watch one more hour of the Housewives of Panama City.

In the video above there’s some talk about the power of inertia. It’s so much stronger than you think. It’s so strong you don’t even notice how much it determines your daily path. So it only goes to demonstrate how difficult it must be to add a new habit of any kind, at least consciously. I can think of several bad habits I’ve developed over the years that happened while I was unaware. Like sugar intake after dinner, like not walking when it’s really cold outside; in other words, the kinds of habits one develops on the path of least resistance.

But this is different. This is frankly acknowledging that you want to make videos. You’re fully aware of the desire. Now the only question remains, what are you going to do about it?

Begin by answering the question “What is a sensible schedule for me?” How many touches per time period do you think your audience needs for them to keep you top of mind? Some people are out there every day; some only when they’re about to sell you something. In the B2C world you might feel compelled to have a daily show. A monthly show might be fine for someone else or for someone in the B2B market. It just needs to be frequent enough to keep you top of mind when that person is ready for some help.

So decide on a frequency that feels right. So much of this getting started part is feeling your way into it. You can’t really analyze or think your way into a new process. That’s a prescription for paralysis.

Now…when the mood strikes, sit down and write something. After you’re done, reflect back on what was going on at the time. What were you doing right before the creative urge struck? What time of day was it? How were you feeling energy-wise? Who else was around? How loud or quiet was it? What was going to happen later?

We’re looking for clues to find the best time and environment for you to find your ideal rhythm for writing. If that was all doable, consider trying it again around the same day and time next week. Yes, I do suggest a week as a default period for making videos, as it’s the minimum time almost everyone needs to get all the shooting, editing and distribution done and still have plenty of time to do all the other things they need to get done in their business.

If it doesn’t work as well on week 2, that might mean you’re trying to force it or it might mean that rhythm is too short for you. So try again the following week after meditating first to calm the monkey mind. If that doesn’t work, wait another week. Lather, rinse and repeat until you find the interval that actually does work for you.

The writing should flow easily. It should not stress you out. In fact, it could even feel enjoyable, even when you’re trying to solve a problem. And at the end of your session you should never feel like you left something important undone.

One thing I’ve noticed in coaching is the tendency for some people to overdo things in the beginning. They experience an initial rush of enthusiasm but it’s not based on a rhythm that works for them. I do something similar every time I start a new workout routine. Too much exertion in the beginning, then you pull a muscle and 8 weeks later the desire is gone for a time. When it comes to starting anything new, if you’ve watched the video above, you understand how Newton’s Second Law of Motion so easily kicks in and one’s whole Jenga tower of production comes tumbling down.

Don’t get me wrong. Enthusiasm is good. Just don’t let it make you rush.

Keep this in mind. A 50 ton spacecraft can get to astronomical speeds powered by nothing more than a solar sail. But put that same vehicle in the pea soup of our atmosphere and it will go nowhere but down. It takes far too much energy to keep it flying. You don’t want to place yourself in the wrong environment and get the same miracles you could have expected by simply putting yourself on a path that works sustainably for you.

Finding your rhythm is discovering a vast untapped source of power. It’s worth it because once that habit has been created, the only thing that can stop you is you, and why would you ever want to do that?

If you decide on a schedule and know you can get those videos written, the next step is production. And here it’s good to learn as much as you can about the basics, so you can find the places to save time.

That’s why I built the Video Production Masterclass for Visible Authorities. It’s free here on the site. You can take it right now if you like.

And if any of this is helpful, feel free to share your insights below. I’m sure others will benefit from your experience.

2 replies to "How to Find Your Producing Rhythm" 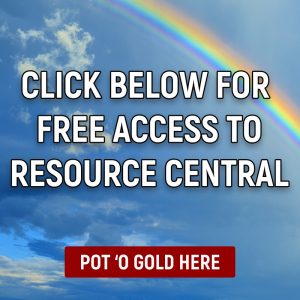